I began the day thinking that page 239 would be a very long workday, but it didn’t turn out that way.  It did begin early with the usual morning cleaning.  As I was picking up trash that had been left in the hallways, I noticed an incredible orange glow as I would glance out the windows.  It was so vibrant that I took my camera with me as I took the trash out to the dumpster.  I was glad I did as it appeared as if the entire eastern horizon was on fire as the sun began to crawl its way out of someone else’s daytime and into mine.  As I took a few photos of the sunrise, I noticed a couple deer at the top of the hill who were more interested in watching me than they were in the sunrise.

After taking some photos, I went back inside and finished the morning cleaning before checking messages and doing some follow-up with them.  With the sun finally up and the school day soon to begin, it was time to start mowing.  For me, mowing is a peaceful time when I can think and pray while the usual distractions are drowned out by the hum of the mower engine behind me.  At least the praying part is peaceful and the thinking part often leads to more of the praying.  On this particular day, much of my thinking and praying had to to with the subject of integrity.  It seems that many times we put much more effort into justifying our lack of integrity than we do in pursuing a lifestyle of integrity.  It is one thing for the unchurched to label Christians as hypocrites but it is often our integrity, or lack of it, that determines whether that label sticks or not.  I think one of the reasons I’ve had elders in the past tell me I’m too honest is that I try to do things with full disclosure — a level of integrity that attempts to let people see both the good and bad of an idea rather than simply telling half the story so that what I want gets done.  When it comes to promoting our ideas and plans, we have become effective salesmen even if that means we promise things we can’t deliver on.  While that may present an illusion of success, it eventually catches up with us.  Years ago, in the early days of satellite TV, I worked for an antenna company and we had a salesman that was very effective in making sales.  The boss was happy, the salesman was happy, the customers were happy — in fact, everyone was happy . . . at least until I went out to do the installation.  It was when it became time to put the salesman’s words into action that truth and reality overcame empty promises.  In those days, we were installing 10 foot dishes that needed a large clear line of sight to the southwest.  I was constantly having to explain to customers why the dish couldn’t go where the salesman had promised them it could.  Or why putting it directly behind a 10 foot privacy fence wouldn’t work.  Or why I had to drill a hole somewhere in their house to get our 1 inch cable through when the salesman promised we wouldn’t drill any holes.  The list goes on, but the point is that it wasn’t long before the company’s reputation began to suffer — not because we didn’t do good work, we did very good work, but because we weren’t able to keep our word as represented to the public by one of us.  Never mind that they were words that never should have been spoken, promises that never should have been made.  They were spoken and they were made and when we had to go back on our word, our reputation suffered as a company having no integrity.  Anyhow, a lot of thought and prayer takes place from the seat of a mower and today it was about integrity. 🙂

By the time I finished mowing, it was mid-afternoon.  I anticipated coming back for a late night of work as well, so I went out to pick up some lunch and sit by the lake at Potato Creek for a while before returning for my next shift of the day.  As I sat at the lake, I began to realize all of the things I wouldn’t be able to finish when I went back to work later.  We are in the midst of having photos taken for a church directory and where they are set up would make it impossible for me to vacuum the auditorium without greatly disturbing them.  With a group in the building for the evening and people coming and going all day Saturday as they get their pictures taken, there was no way any cleaning I would do would still give the impression of clean bathrooms, floors, and glass doors by Sunday morning.  As I sat and thought about all this, and realized I had already put in an 8 hour workday and was tired, I decided my Friday night cleaning would have to take place on Saturday night this week.  And so, I headed home and spent my evening relaxing.  I was so tired that I didn’t even get around to writing Friday’s page until Saturday morning after I woke up. 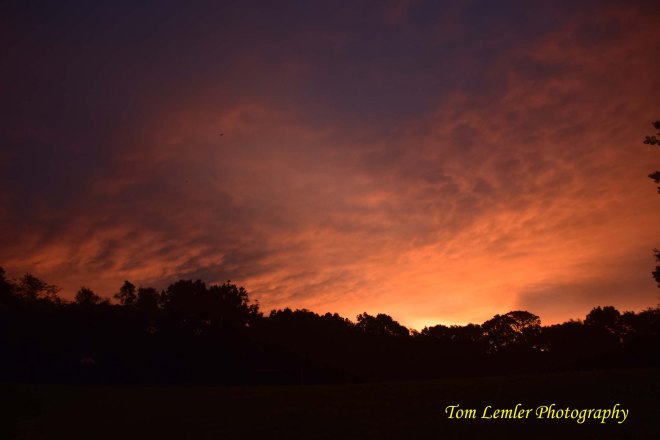