Page 216 was filled with a variety of work . . . so full, in fact, that I’m writing the page the next morning.  The day began with a middle of the night storm rolling through that caused our power to flicker and woke Susan.  The storm seemed to pass rather quickly, but it brought a lot of wind and rain with it as it went by.  After going back to sleep for a few hours, I was up and started on my workday.  After checking and responding to a few messages, I began the process of replacing all of the air filters in the building.  It is always interesting to see how dirty they become in a relatively short amount of time as they capture dust and who knows what else that is floating in the air.  It’s not that the air looks dirty before it reaches the filter, nor does it look cleaner after the filter; but the unseen particles of dirt are taken captive before they can enter the bodies of the people in the building.  Kind of reminds me of what God says His Word and His Spirit ought to be for our mind as we take every thought captive before it can soil our actions and our character.

By mid-day I had made it through the unoccupied half of the building so while there were people working in the other end of the building I took a break to do some more work on a sermon for Sunday as well as make progress on some work I began some time ago that will allow people to donate to Impact Prayer Ministry online.  Even with that option now available, it is still my prayer that the giving done to help the prayer ministry accomplish its work would be prompted by God.  It was actually the requests of individuals to be able to give in ways that are convenient for them that led to my completing this process.  It’s a find balance to me as I don’t want to people to feel pressured by me to give, but I also want people to be able to respond to God’s prompting so that I don’t rob them of the joy of giving . . . or make it so difficult to do so that they don’t.

As I finished up that task, UPS arrived with the first printing of my illustrated children’s book.  It was fun to have the early proof copies that I could give to the library in  my hometown and to my parents, but to have my first order come in is an exciting thing.  They did pack them in a rather large box that had more packing filler than books, but today’s photo is of today’s shipment.  While holding the proof copies in my hands last week made the project feel real, this first shipment makes it feel complete.

As I returned to working on the sermon, the sounds of a group of children playing ball in the hallways echoed through the building.  As the noise continued with no apparent end, I went out to remind them that the hallways were not the gymnasium.  The children responded well, but at the sound of my voice it was the adults around them that peered out from the work they were doing and gave me a look like I was the one doing something wrong.  There are so many times that I wish I could just ignore the wrong that people are doing, and the wrong that I am doing, but my mind and who I am doesn’t allow me to do that.  In the past I’ve had an elder at a church tell me I’m too honest.  He knew I was right but they didn’t want to be called out privately for a lack of integrity and doing things they had insisted they wouldn’t do.  It wasn’t that what I was saying was wrong, but that my standards of honesty and integrity were higher than they believed were reasonable expectations for them.   Anyhow, the end result whether I say anything or don’t say anything is usually some level of isolation.  If I speak up, no one wants to hear it and they find ways to avoid me.  If I don’t speak up, I withdraw from people so I don’t have to dwell in the midst of the wrong I know I can do nothing about.  I can keep busy enough working on the wrong I do without surrounding myself with situations that don’t want to change.

Eventually, the building cleared out for the day and I returned to my work of changing out the air filters.  My predecessor had made small marks in the ceiling panels where each filter would be located so they would be easier to find.  As I searched for those spots, most of them were easy to find but eventually I had two filters to replace that I hadn’t yet tracked down.  As I walked the halls looking for those elusive marks, I finally found them.  Once I knew where they were, when I came back with the ladder the marks seemed to stand out so clearly that you might wonder how I ever could have missed them.  I think sin is a lot like that in most of our lives.  It starts out as a small spot, so small that it’s hardly noticeable — certainly, we believe, not noticeable to a casual observer.  Then when God uses His Word, His Spirit, or His people to point it out, all of a sudden that small spot stands out like a splash of mud on a garment of white.  It becomes all we see and we become convinced that it is all anyone else sees.  I think that sometimes God allows our view to become exaggerated so that we are compelled to do something about the spot before it really does consume us.

After the filters were all changed, I began the cleaning and prep to get the building ready for Sunday.  As I started, my wife and daughter stopped by to help with the cleaning so that I could finish up the long day and begin a long weekend of rest.  There may be a short break in these pages in the near future as it sounds like I may be away from internet access for a few days.  I’ll try to write them in my mind, and perhaps even write them on paper (gasp) to be published later — we’ll see. 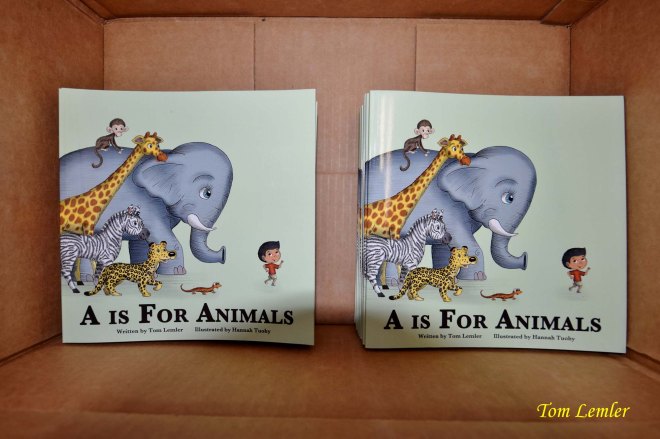