Page 316 is currently in process as I write this with another hour or two of cleaning to get finished before I head home.  It began as a busy day and I suspect that it will remain that way until the end — but today, busy means variety.  The morning began with the usual cleaning and building prep before turning my attention to maintenance/janitorial supply inventory so I could order what is needed to keep doing my work.  The morning also included more preparation for the missions conference taking place next week and going through the accumulated mail on my desk — I guess the next step would be to find the accumulated mail a new home rather than it remaining on my desk, but that will be a task for another time. 🙂

By mid-afternoon, it was time to take a lunch break and step away for a short while before coming back to get the building cleaned and ready for the weekend.  As I headed out to lunch, I decided to go down to Potato Creek again as the sky was filled with dots of light, fluffy clouds highlighted against a bright blue background.  By the time I got to the park, the clouds had essentially disappeared except for one small cloud hanging over the lake.  While not what I was expecting, it still caught my eye to the extent that it became today’s photo.  As I took the photo, my mind thought about Elijah sending his servant out to look for signs of rain.  He eventually came back with a report that there was a cloud the size of a man’s hand out on the distant horizon.  While that may not sound like a significant report, Elijah knew that it was bringing the promised rain that would end the three and a half year drought.  He warned all who would listen to head for cover before the coming rain would make the paths and roads impassable.

I suppose it was that small cloud and the story that made my mind start thinking about being insignificant.  There are so many times when I feel insignificant and unseen and even when God gives me reminders of how He is using the gifts He has put within me, I still wonder why people don’t seem to notice what God is doing with them.  It was with that backdrop that a poem began to form in my mind as I cleaned the building tonight.  The subject of the poem was on being unseen and as it formed I thought it was primarily going to be a reflection of what goes through my mind.  But early in the poem it became clear, to me at least, that it was more about an unborn child wanting to be seen so he would have the chance to make a difference.  Yes, it is still about unseen people and even myself, but it is more about each of us opening our eyes and ears to the cries of the unseen that some would rather we never saw at all. 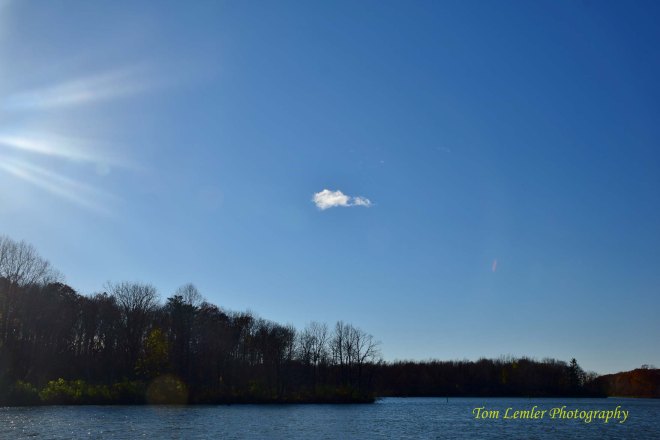